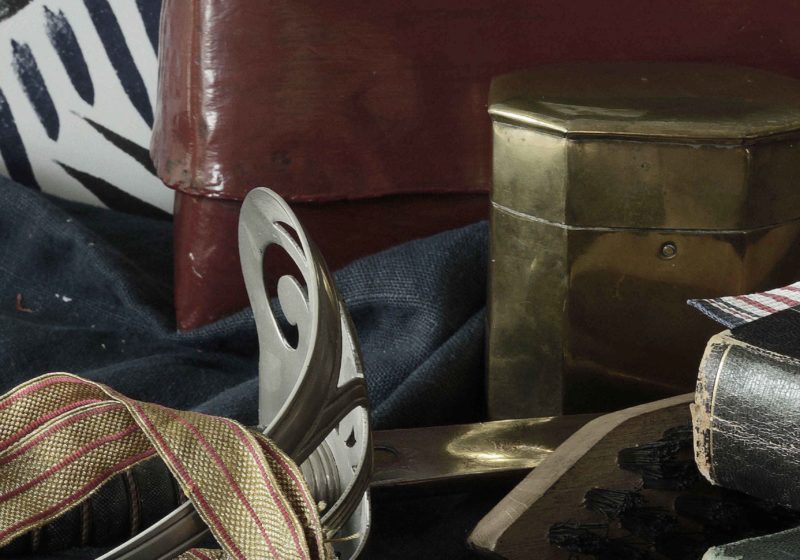 The Trooping of the Colour or Queen’s Birthday Parade, as it is also known, is up there with the calendar-of-summer-events in the capital and I was lucky enough to attend this year, something I haven’t done since I was as small as a bearskin. OK, a bit taller.

No, the “colour” here is not an actual colour as in pink or yellow, but a vast military flag, embroidered with the battle honours of the regiment. Today the Colours of a regiment hold huge significance for the soldiers and although this “banner” is now more ceremonial, it held a vital role back in the days of horses and canons: it was the means of knowing where your regiment was amidst the smoke and gunfire of battle. It was easy for soldiers to recognise because every day on campaign the Colour was ceremoniously “trooped” in front of the regiment.

Battles aside, with the parade and ranks of strong colours before me, I considered curating an interiors scheme based around these tones…um…the unlikely trio of black, blue and red. Interesting. To help with the “look”, I have based this blog on the trappings of a British soldier, pre-tanks and minus the uber-cool wallpaper from Common Room (for another funky wallpaper, see last week’s post http://www.theinteriorspy.com/2017/06/08/chevron-wallpaper/).

The strength of these colours made me seriously doubt a scheme was possible, but if it’s good enough for the monarch and has been for hundreds of years then at least I should give it a go. Thanks to the very funky wallpaper and lots of textures and materials, I was able to translate the bold, strong colours before me into a light scheme. Who would have thought blue and black in decorating could work? I have often thought how chic this duo is I but haven’t been brave enough to try it a scheme. Here goes…

Of course, once you take away the accessories in the photos, you have the wallpaper alone. Paint your woodwork in Jack Black, Basalt or Deep Space Blue from Little Greene Paint Company. Add in some rusty reds on an armchair, some “brown” furniture that everyone seems to hate at the moment (why?!) and you have a cool, modern-but-classic scheme which will last the test of time. If you would rather let the wallpaper speak alone, then leave it bare but if you like a more cluttered look, chuck up lots of pictures which are framed in a mix black, brown, red and antique brass or gold.

Have a play around with what you think works best, and start with this groovy wallpaper. 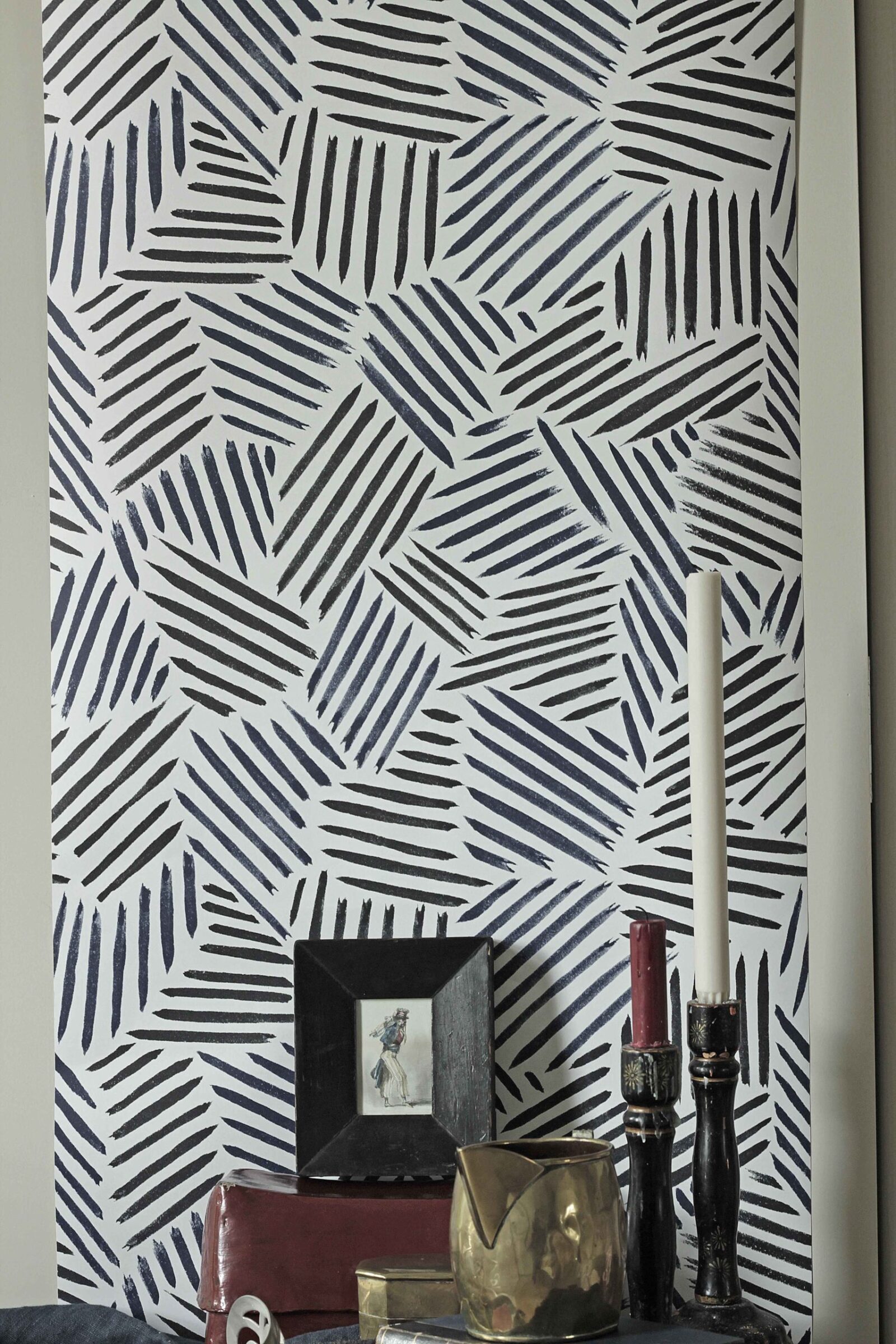 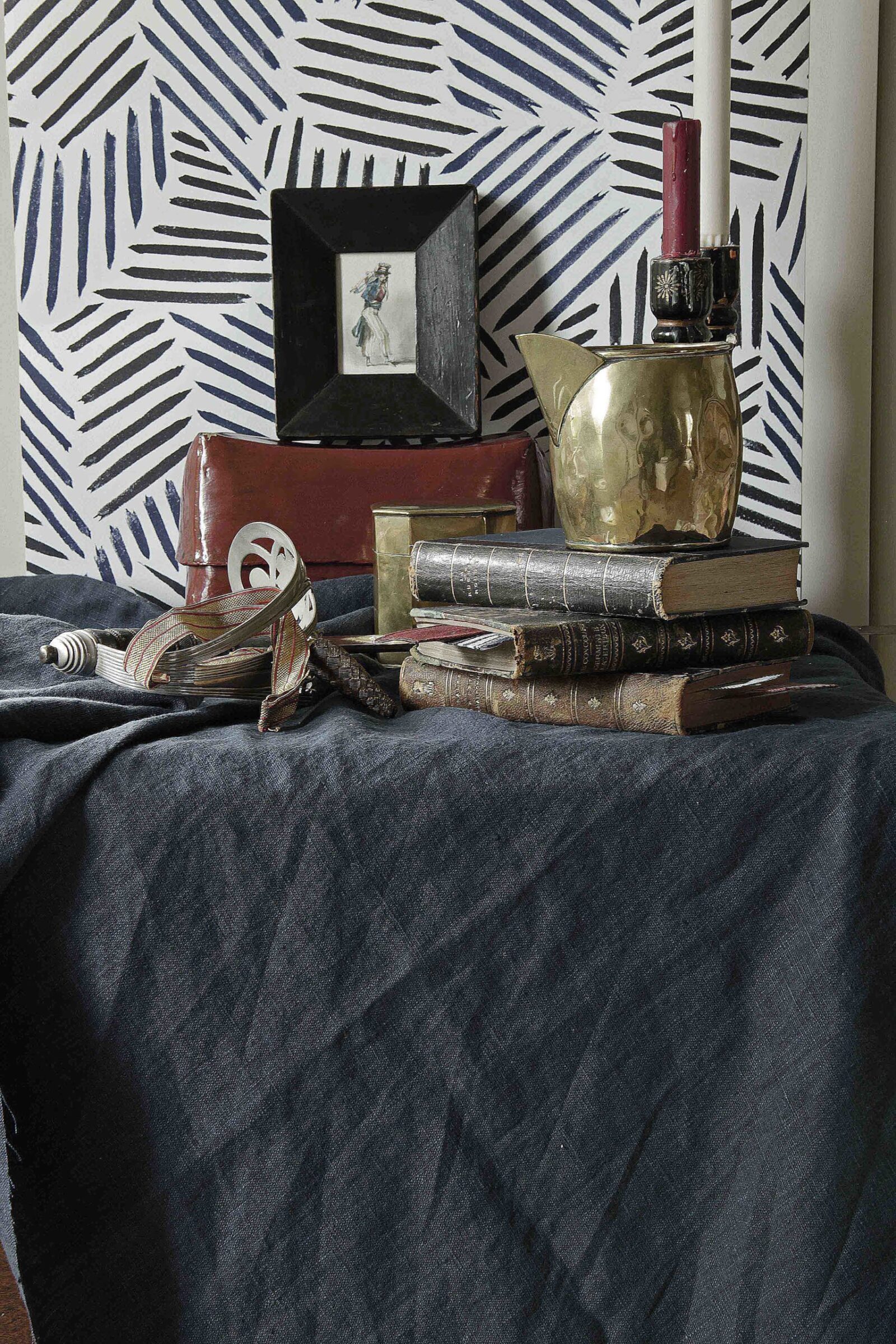 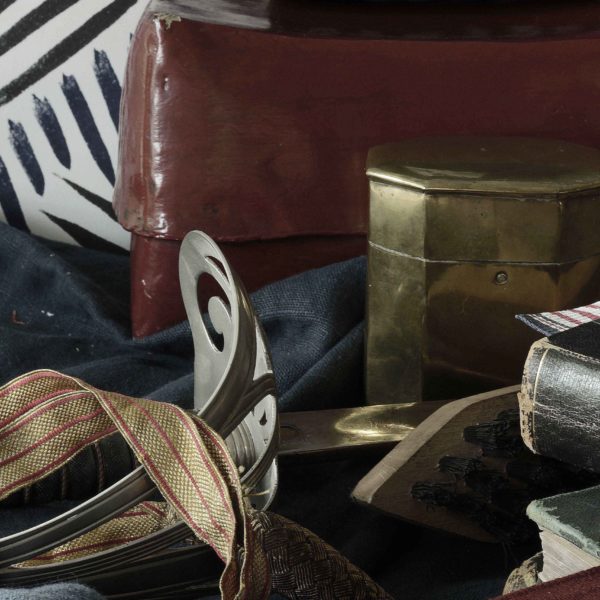 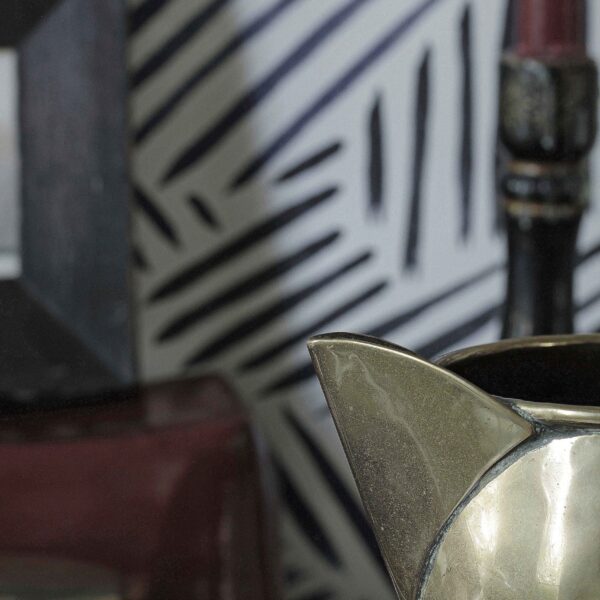 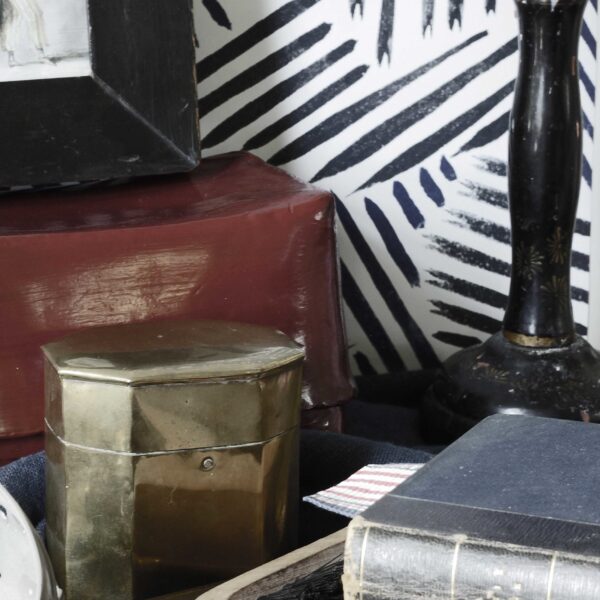 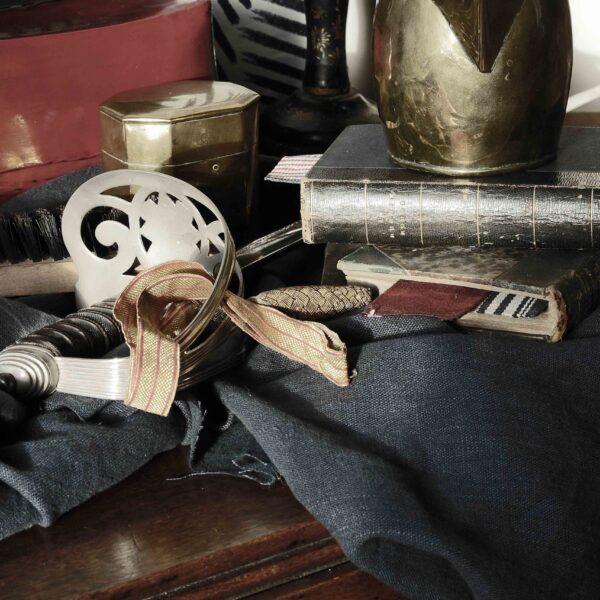 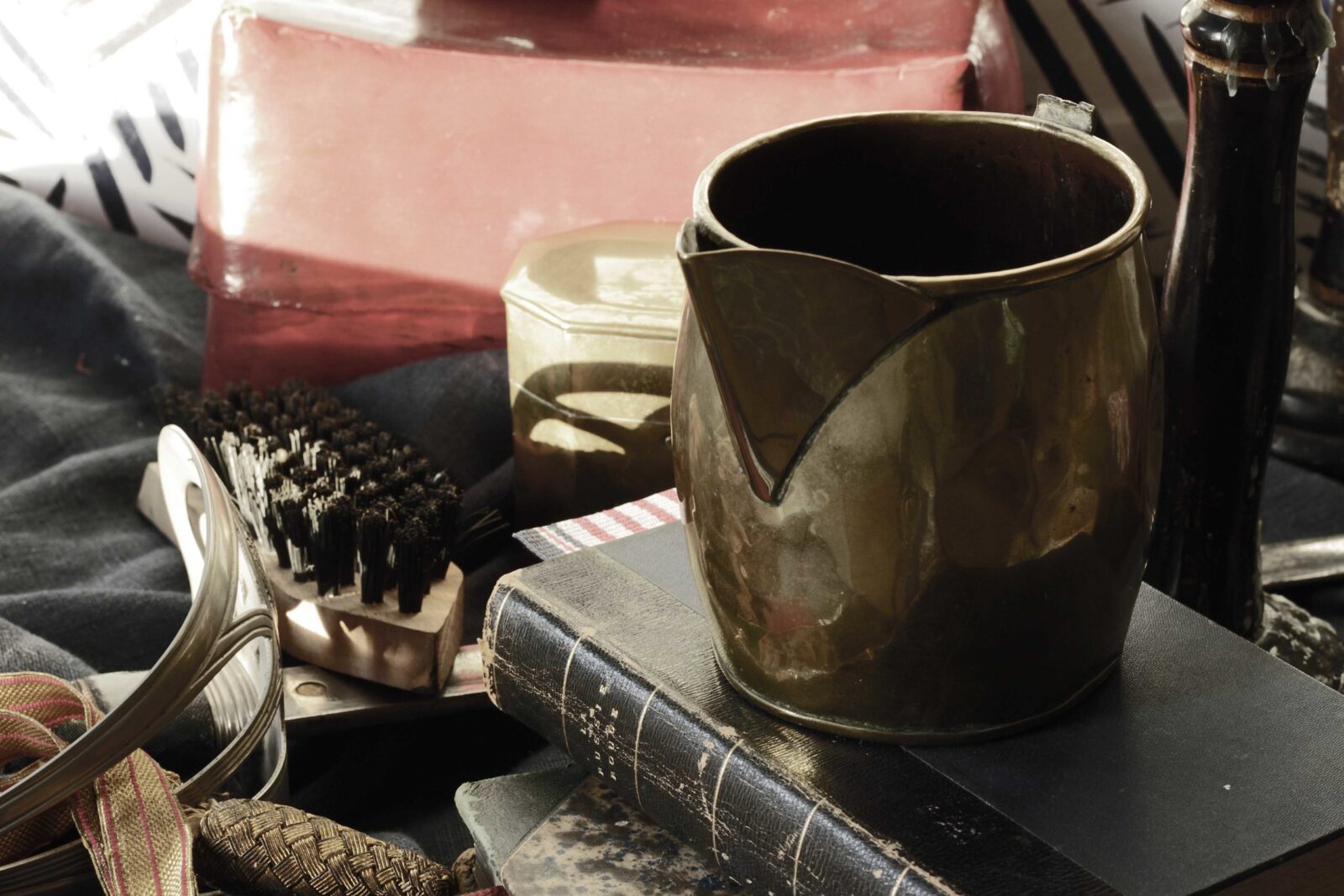 What Are You Staring At?

All accessories: The Interior Spy